Sign up for my FREE Essential Oil Master Class here!

It’s a day that is forever etched in my heart.
I was seven weeks pregnant, and had been spotting and cramping for four days.
I had just received the call from my doctor
that my blood work showed that my hCG levels were dropping and I was, in fact, losing the baby.

I was at the grocery store standing in the middle of the cereal aisle,
bleeding, hurting, and heartbroken,
when a friend’s dad walked around the corner and began telling me about how
he had a new grandbaby and another on the way.

Then he spoke the words that are so common here in the south.
Words that I have spoken myself.
“When are y’all going to have another one?  It’s about time!”

I know that he didn’t mean any harm,
and I politely replied, “Oh, we’ll see”.
But it was all I could do to not scream out loud.
I held back my tears and walked to my car in a fog.

That was the day I stopped asking my friends when they plan to have a baby.
It’s so innocent, but can be such a loaded question.
You never, never know what someone is going through.
How desperately they have tried and wept and prayed for a baby.
How heartbroken they are that a precious life is fleeting from their body at that very moment.

The last month has been such a trying season for us.
Our second baby would have been born just before Christmas,
but didn’t survive past our first trimester.
So it was such a blessing when we found out in early December
that we were due again in August 2017!

Even though I thoroughly enjoyed every moment with my family over Christmas,
and had hope knowing that we would be blessed with another baby in August,
I’ve felt the loss of the newborn baby I should be holding so acutely I couldn’t breathe at times. 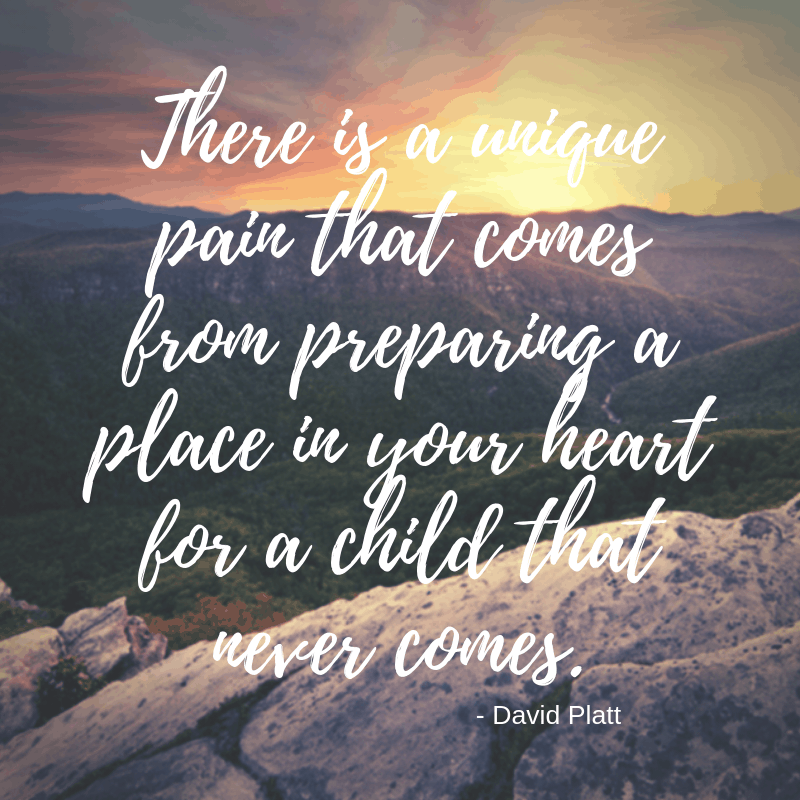 We have suffered our second miscarriage over the last week, and I don’t even know how I feel.
It seems like when you’re in the middle of the storm,
everyone and everything you see revolves around pregnancy.
I’ve already been asked once this week when I’m going to make Creek a big brother.
If it were up to me, he would already be one. But I’m not privy to God’s plans.
I only know that he has them and that they are for my good.
I would be lying if I said that I haven’t looked to heaven in anger and despair,
but I make myself return to His words that have never failed me before. I have to believe that someday I will be holding a baby who I could never imagine life without,
and who I wouldn’t have known if others hadn’t been lost before it.

**Update**
After three years of trying, and three angel babies, we were blessed with Aida. Read the birth story of our miracle baby here.

for your weekly recipe fix.