Now that garden season is in full swing
& we have everything planted,
it’s time to kick back & relax,
right???….

Here’s where the real work begins,
weeding all the rows we’ve planted!
In order to stay ahead,
we have to spend some time weeding every single evening. 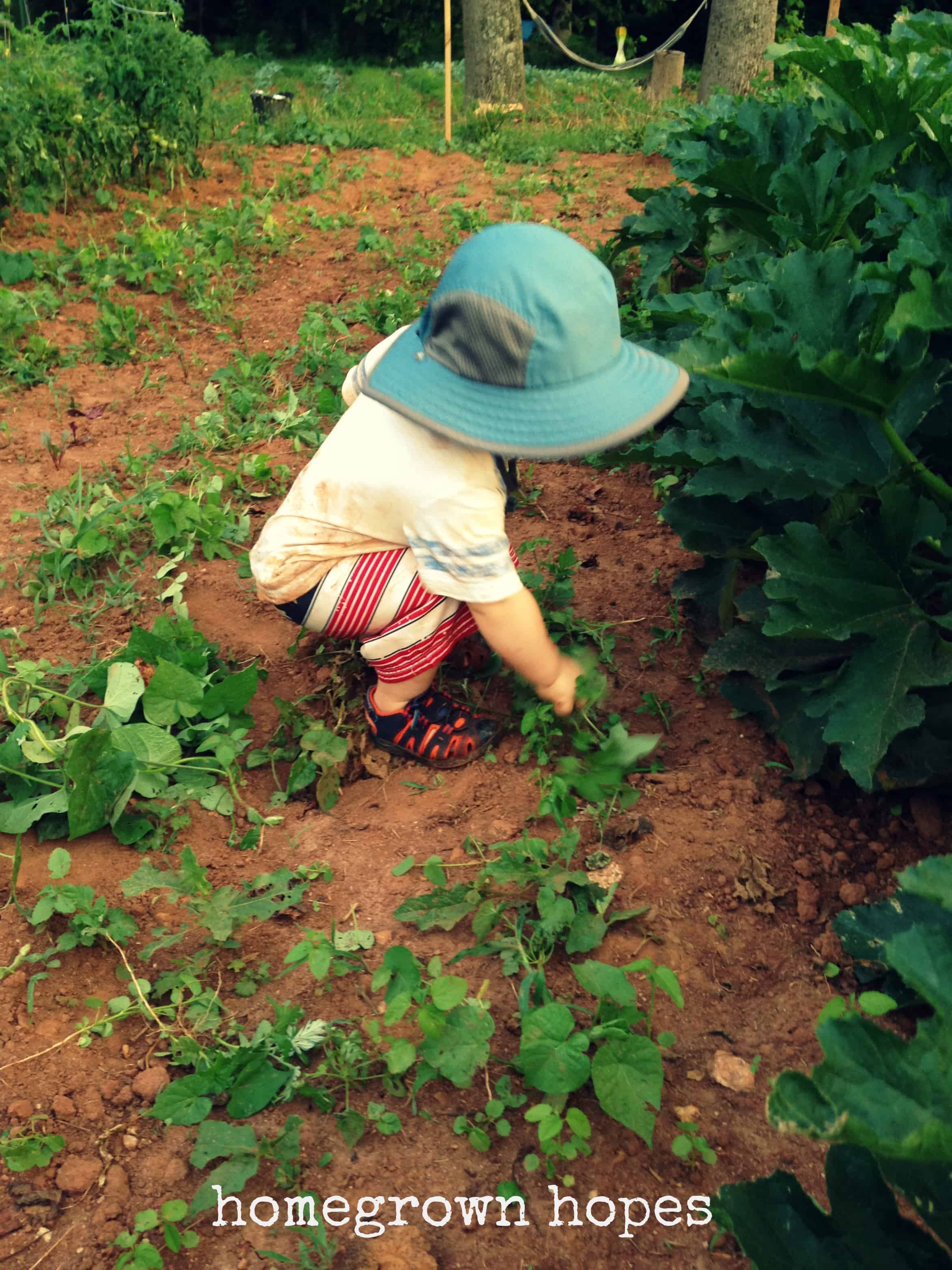 Even though I have a great helper,
pulling weeds gets old pretty quickly.

So this year we decided to try some
alternative methods to keep them under control.

Our first project was to put cardboard down between our rows.
We got it all from our local grocery store
& had the help of some high school agriculture students
to break down & place the boxes. 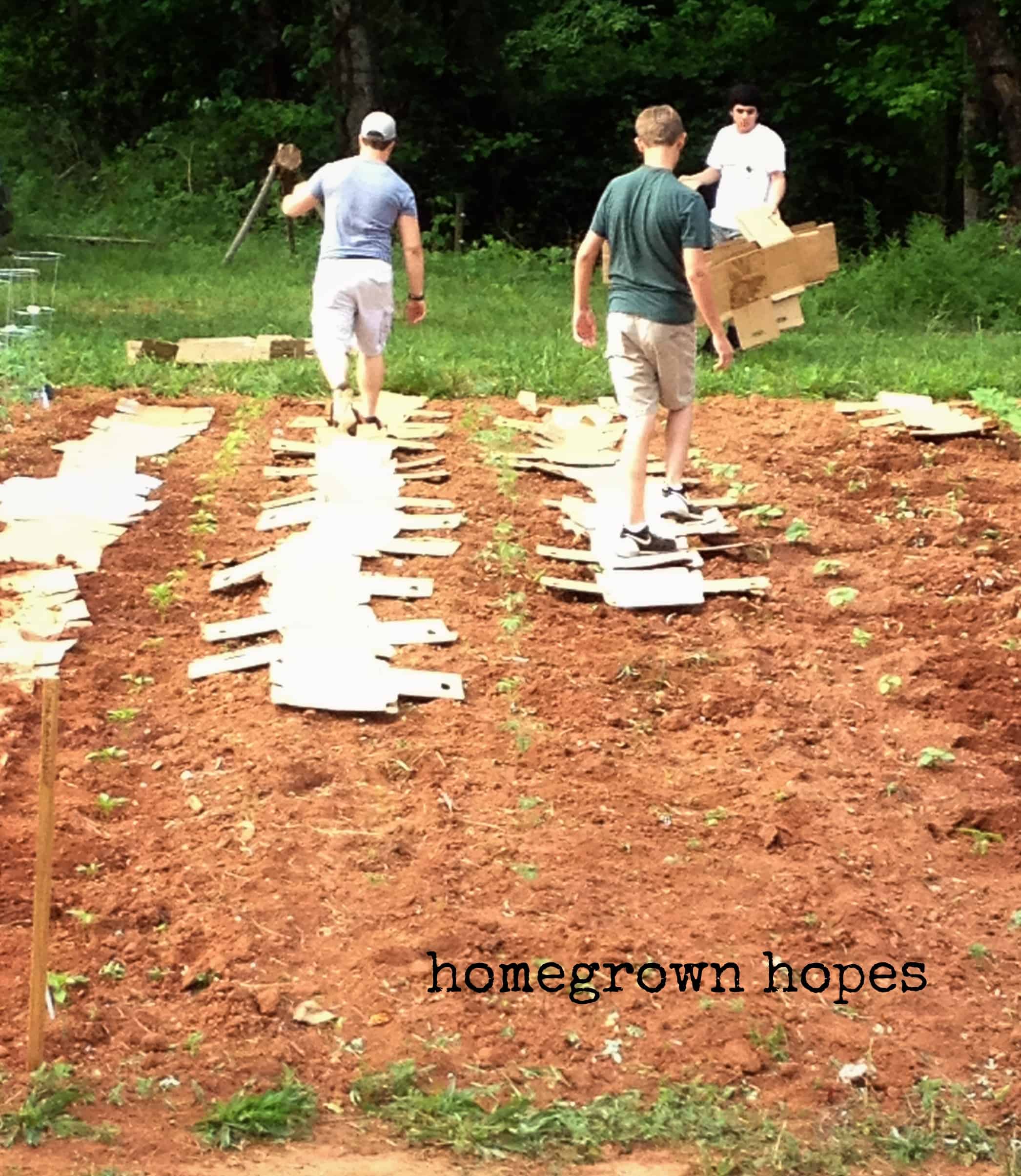 At first it looked like a huge mess,
but after a little water they settled down
& so far it’s keeping the middle
of our rows weed free! 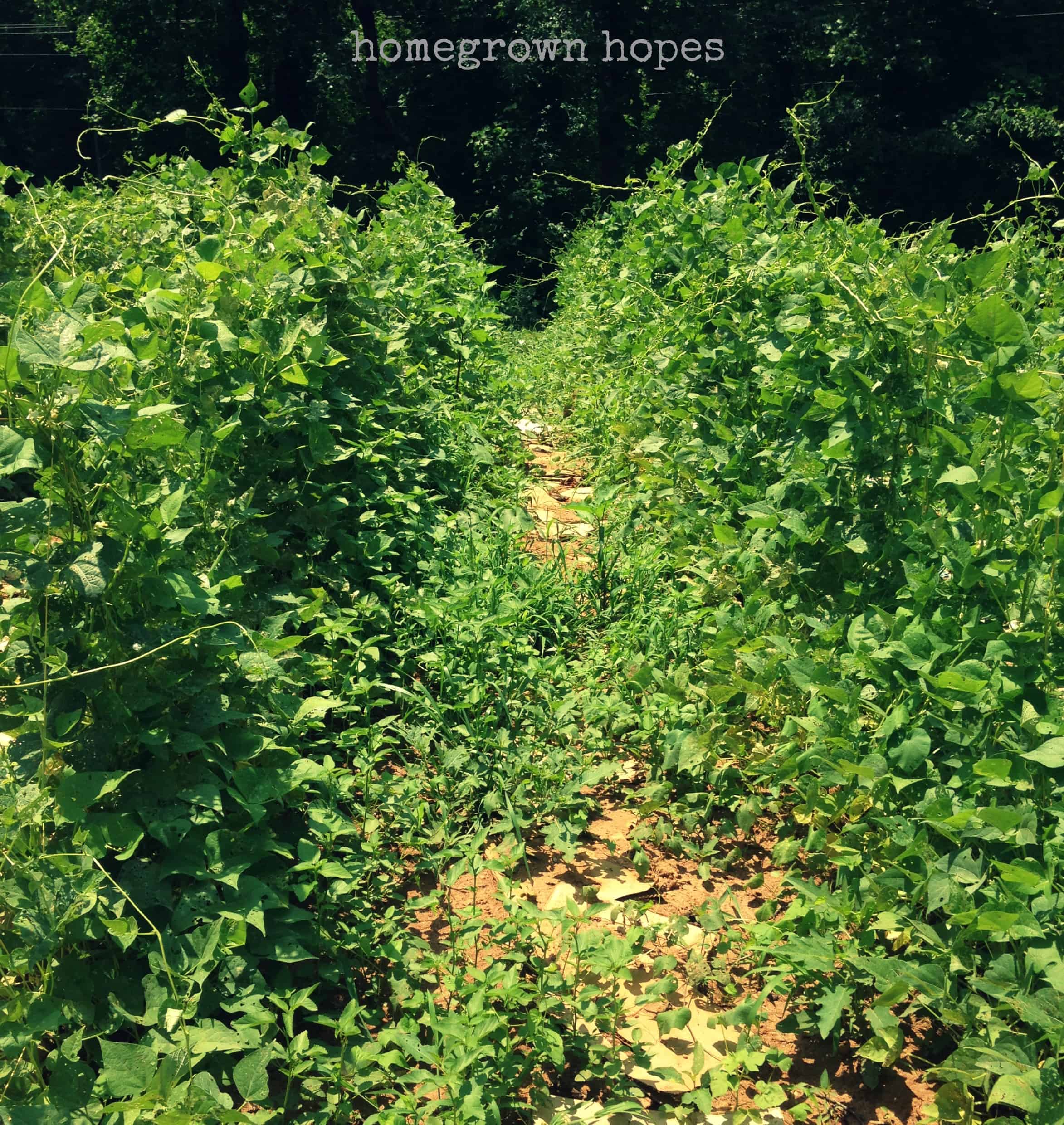 A row of beans without cardboard. 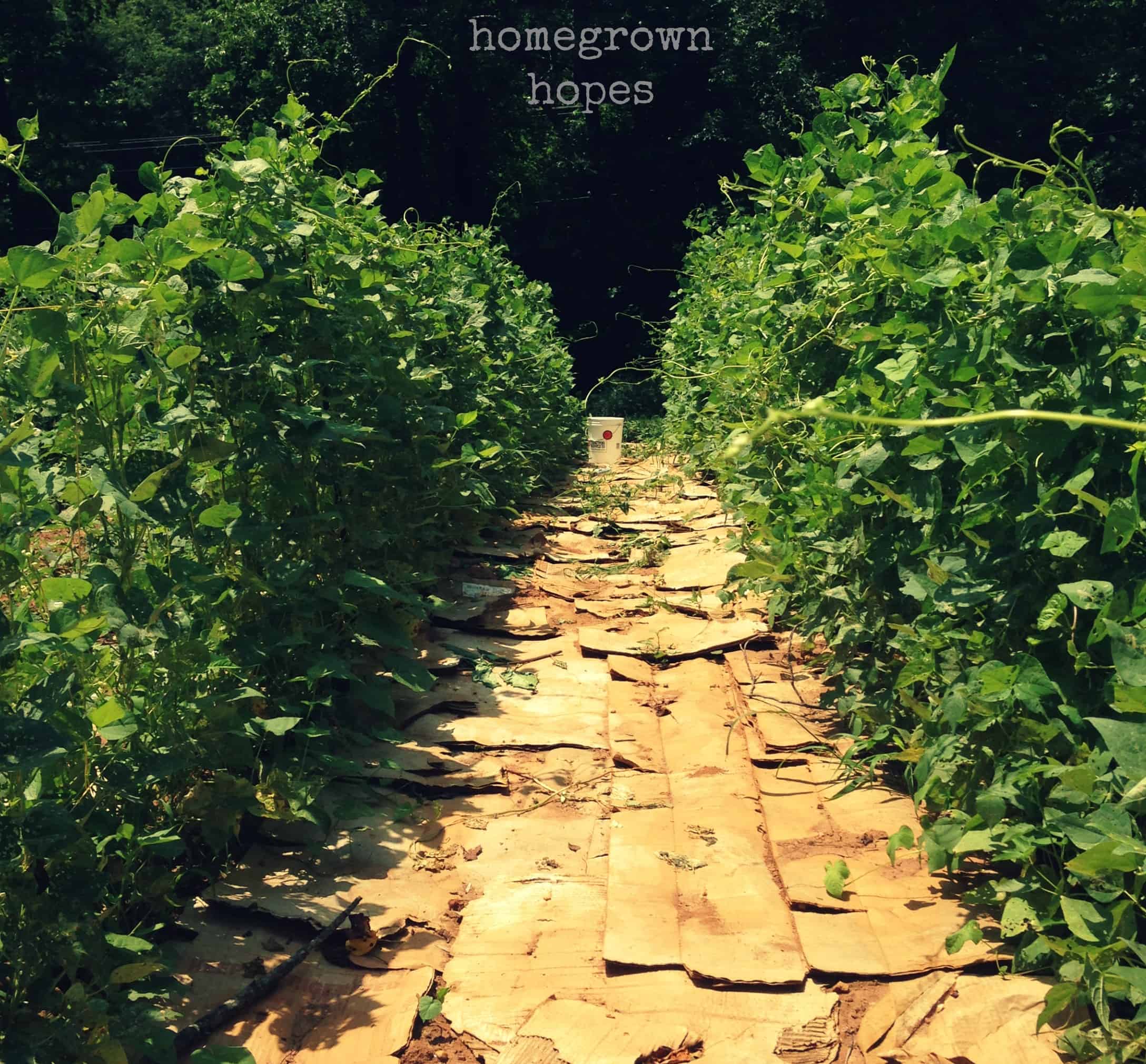 A row of beans with cardboard used for weed control.

Another way to minimize weeds is with newspapers.
My front sidewalk was looking a little rough
& I was tired of pulling weeds
in an area that doesn’t produce food.

So I called my mother-in-law,
who brought down a huge bucket of newspapers.
I put them down then covered them in pebbles
& now I have a weed-less walkway!!

So far these methods have kept
the weeds at bay for well over a month.
The best part??
Both of these projects were FREE!!!!

Have you tried any alternative
weed-prevention methods??
Share in the comments section below!